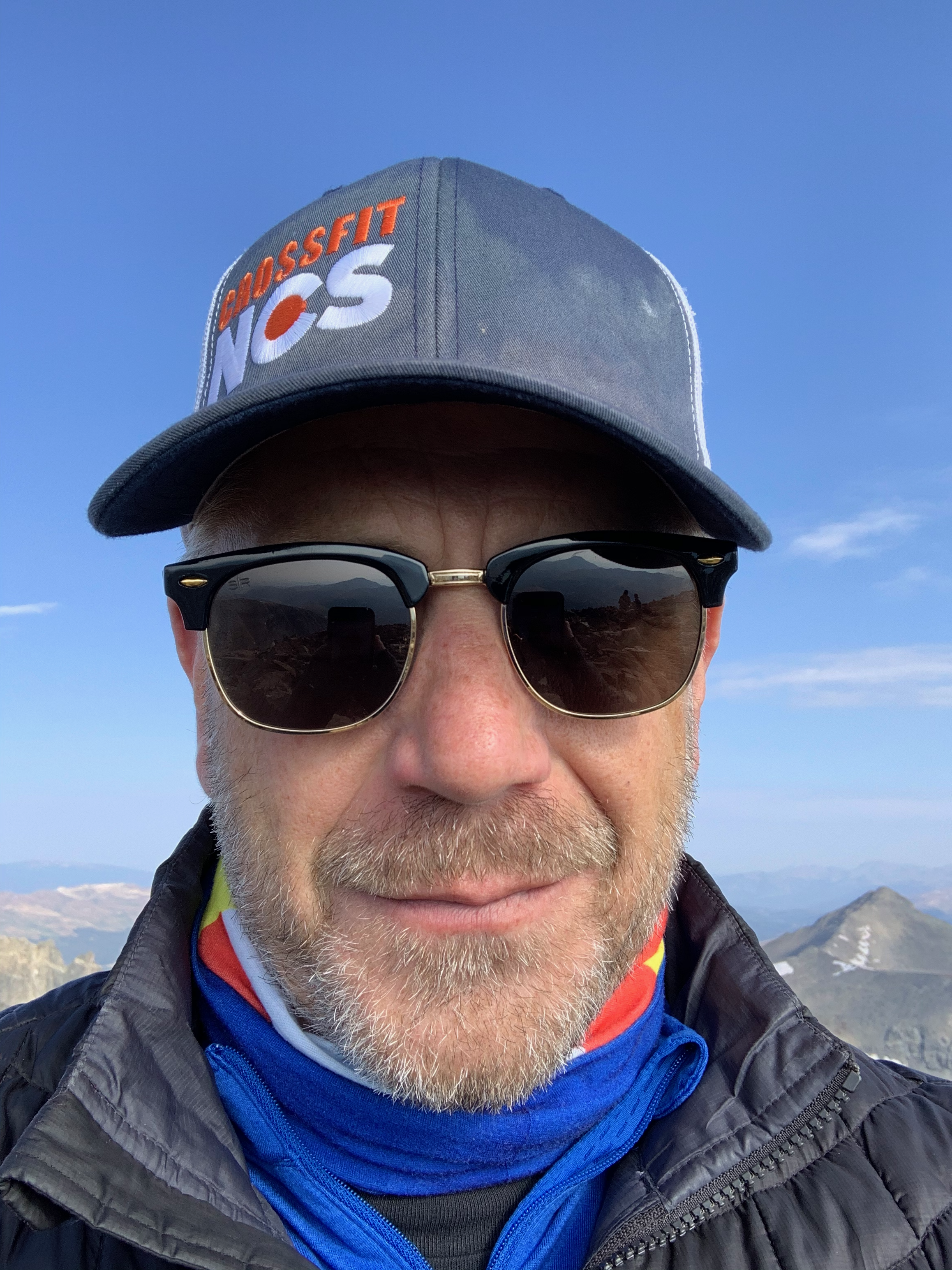 Tim is coach, owner and GM of Crossfit NCS. A lifelong runner, Tim began his CrossFit journey 12 years ago and has had a “healthy addiction” to it ever since. He can be found in the gym each day coaching, working out, and hanging out with the awesome community of athlets at CrossFit NCS.  Tim’s passion for the gym centers on helping others to find and embrace the life-altering impact of fitness in their lives, regardless of their age or athletic background.

A father of two, he’s also father to two adventure-loving dogs. Tim spends as much time in the mountains as possible (with aforementioned dogs) hiking and climbing to high altitudes. 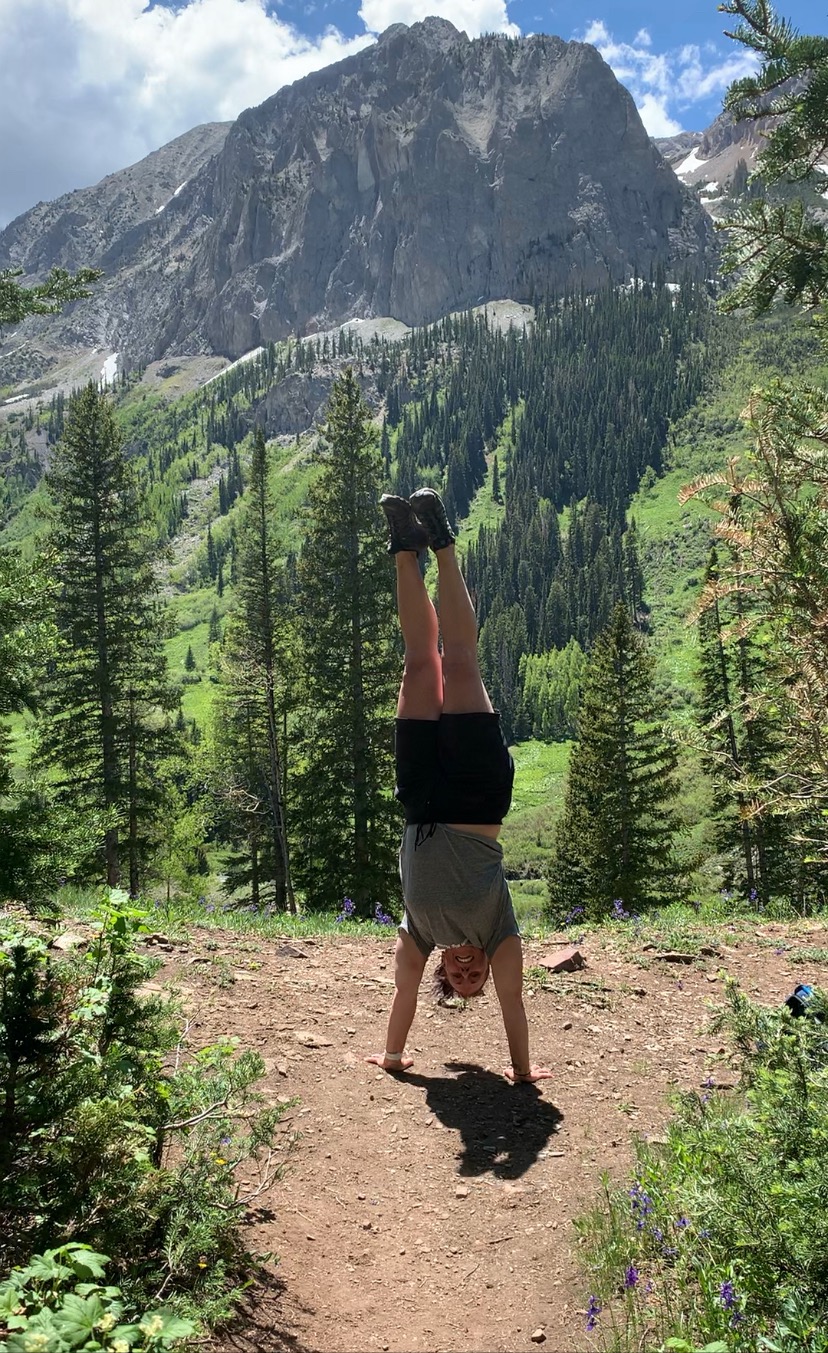 My background is loving anything outdoors, anything athletic, and working with people.  When I was asked to come on staff at NCS, I couldn’t pass up meeting new people and skills and figuring out what all the buzz is about.  In April 2021, I obtained my Level 1 certification from Precision Nutrition and am excited to talk about nutrition and CrossFit. I currently spend my athletic time kickboxing and learning all things CrossFit.  I recover by hiking, petting my dogs and getting involved in shenanigans.  I’m an Irish girl at heart!

Coach Smalls is Head Coach at CrossFit NCS. He joined NCS in 2020, and leads our athlete and coacheing development initiatives at NCS. He also leads the NCS CAP (Competitive Athlete Program), providing individual coaching and development of Rx and Elite compeitivbe athletes at NCS.

Smalls is a San Antonio, TX native. During his years in high school, he played football primarily and ran track. Shortly after graduating, he followed the family tradition and joined the world’s greatest Air Force. Stationed here at our very own Air Force Academy for 7 years before honorably discharging to return to his education in 2018. He now attends University Colorado – Colorado Springs, pursuing his degree in Exercise Science and a minor in American Sign Language.

CrossFit and the community involved has been his home away home since 2011. What started as a casual need to work on his general fitness and wellness, turned into love for competition, and evolved into a passion to further be involved in the community. Coaching over 6 years, he has had the special opportunity to work with amazing individuals of all athletic ranges. Working with a brand new individual starting their fitness journey and helping a 5-year member, hold the same level of fulfillment for him. 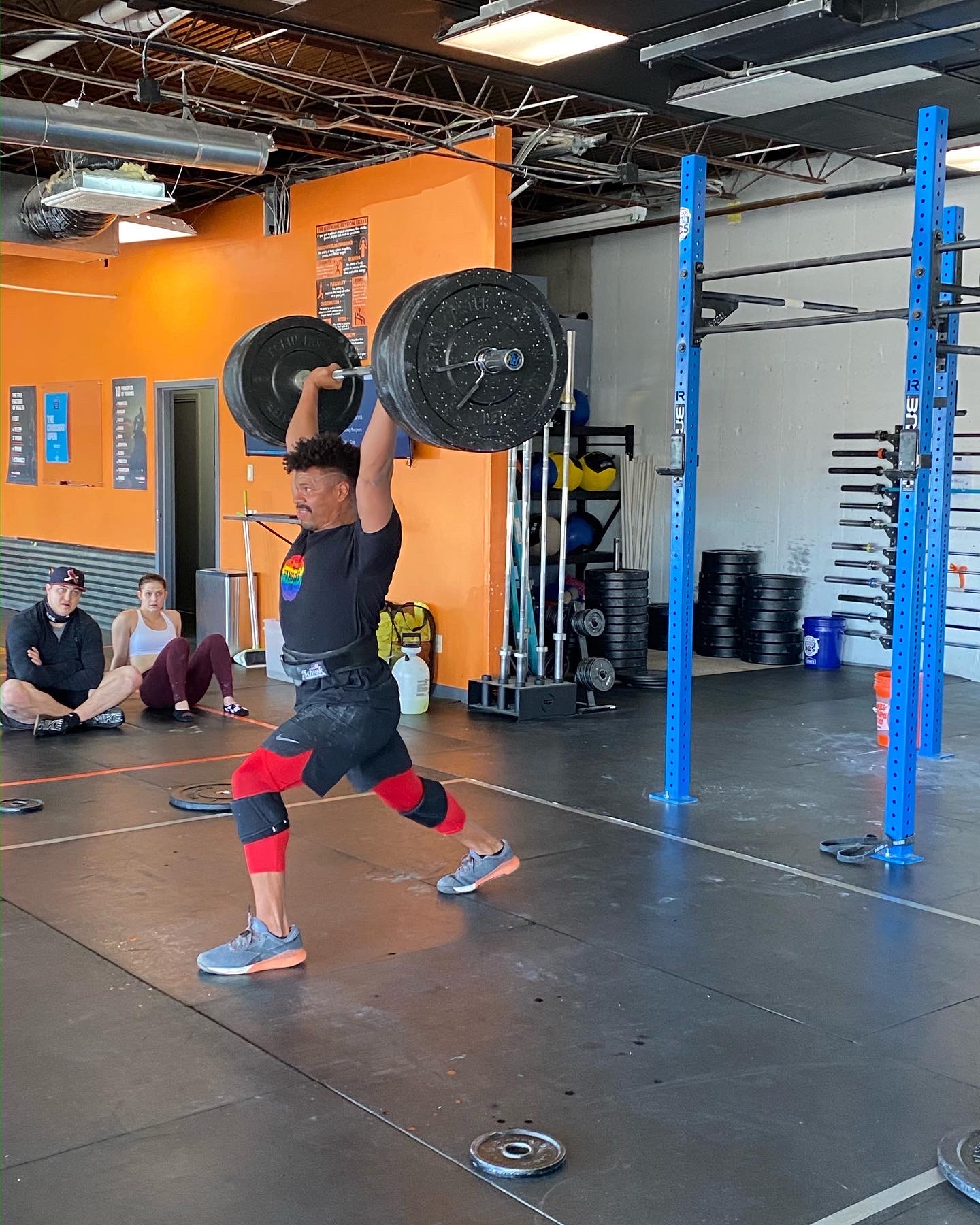 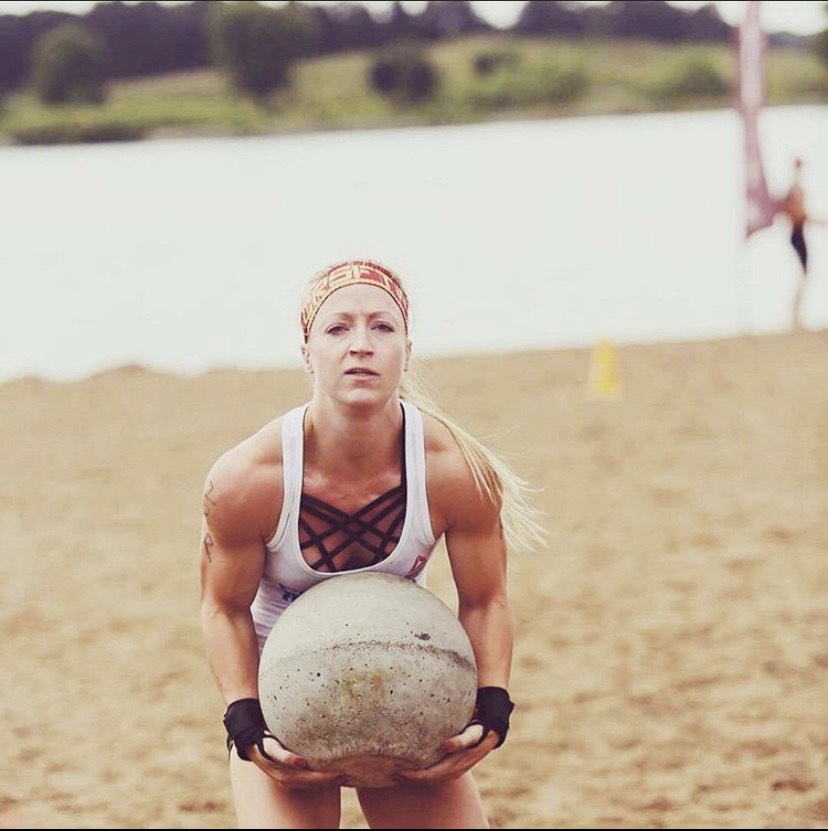 Abby’s athletic career started with cross country and track.  She ran competitively throughout her high school and college career.  After being burned out from running in circles for years, she decided to pick up a barbell for the first time in 2013, and she never turned back 🙂
Abby enjoys any CrossFit workout that involves a barbell, unless it’s thrusters.  Her favorite CrossFit workout is “Diane.”  Outside of CrossFit, Abby enjoys hiking Colorado’s beautiful 14er’s, White Claws, all things Harry Potter and spending time with her three dogs (Dobby, Luna & Blythe).
CF-L2

Rob has been in the fitness world since 2012 when he started personal training while finishing school. Rob got his CF L1 in 2013 and has been coaching CrossFit ever since. During this time he also got his USAW Level 1 and Crossfit Mobility certifications while also attending multiple weightlifting seminars to learn from the best in the business.

Rob moved to Colorado in 2016 and was a competitive weightlifter and CrossFitter. 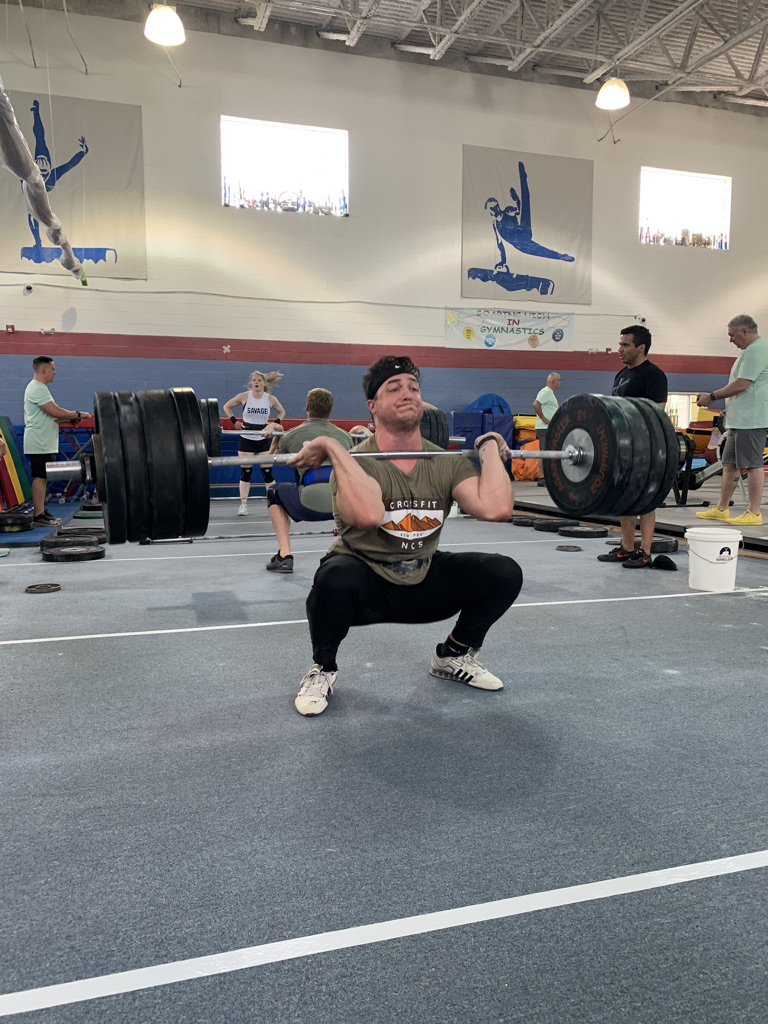 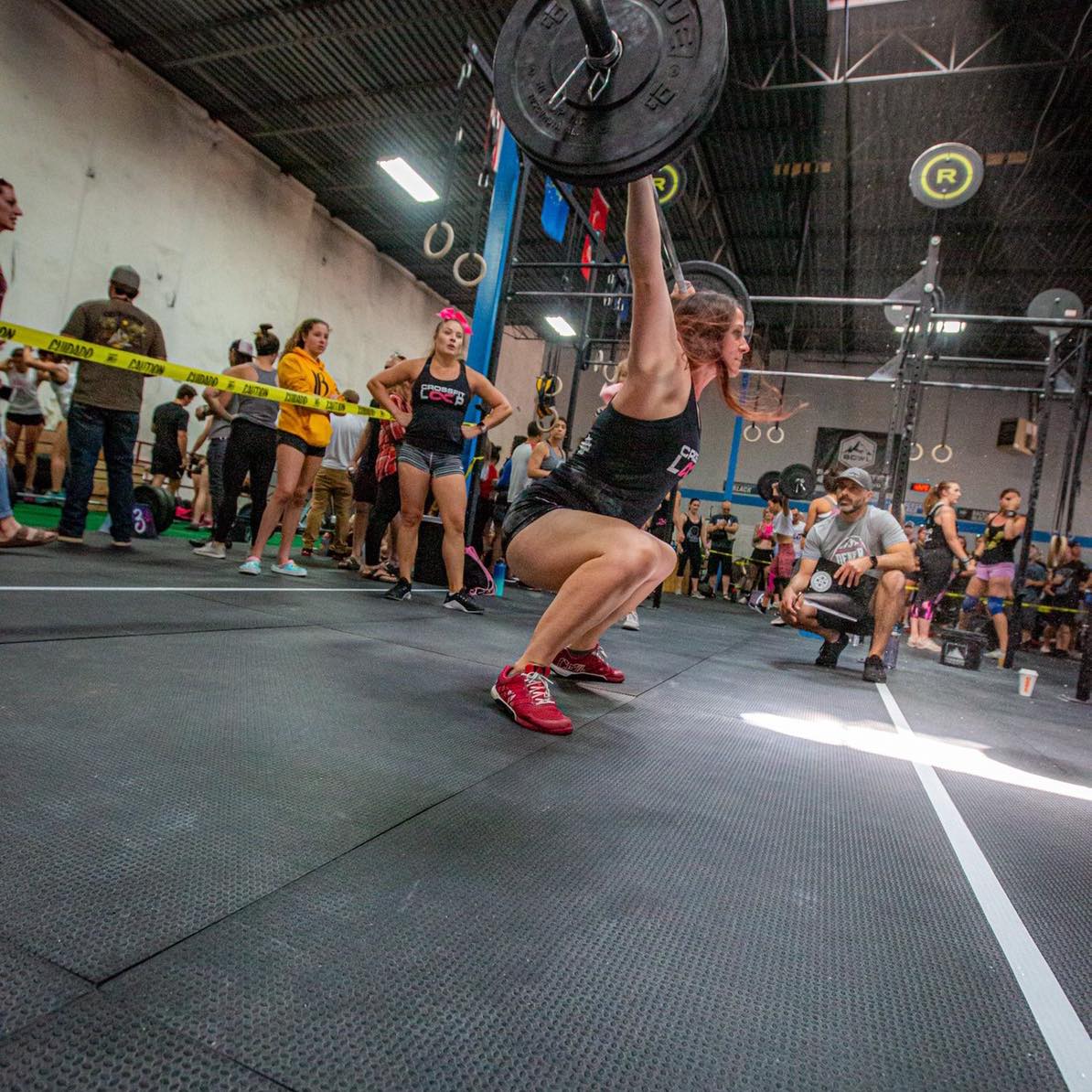 NCS has such a great community! I am in love with the coach-ability of so many athletes.

Having a personal background with weight loss, hormone issues, research into nutrition, and learning everything I can about lifting, programming and conditioning. I have a passion for working with a person’s strengths instead of working against weakness. I love being able to sit down one on one and figuring out how I can help you accomplish this!”

My favorite part coaching is being part of the process that can turn a hard day into an accomplished one or even a less than stellar mindset into something more positive. When an athlete finishes a workout and you can tell they are proud…I get to be a part of that!

Coach Ali grew up in Washington State where she played soccer throughout her youth.  She went on to row varsity crew at Western Washington University and followed that with a decade of running half and full marathons.

It was after the birth of her second child that she went looking for something new, as the wear and tear of running had left her burned out both physically and mentally.  In 2010 she walked into a CrossFit gym and never looked back.

In the early days, Ali helped several different teams qualify for the CrossFit Games regionals and served as an alternate for those teams.  Since then she has coached at CrossFit Invictus in San Diego and CrossFit Loft in Seattle.

What Ali enjoys most is helping others achieve their goals and hit PRs.  In addition, she likes to use her extensive experience doing CrossFit during and after pregnancy and before and after hip surgery to assist people with similar special circumstances.  She believes strongly in using accessory work to help prevent and heal injuries.

Ali worked as an ICU nurse for 9 years before becoming a CrossFit coach, which provided her with more flexibility as she moved every few years due to her husband’s service in the U.S. Coast Guard.  Now settled in Colorado Springs, they have three kids (15, 12, and 8) who are competitive swimmers.  When not at swim meets or in the gym, she can be found hiking throughout the area with her family.

Ali is known for her “sunny” disposition during warmups and is always game for dishing out some motivational pep talk. 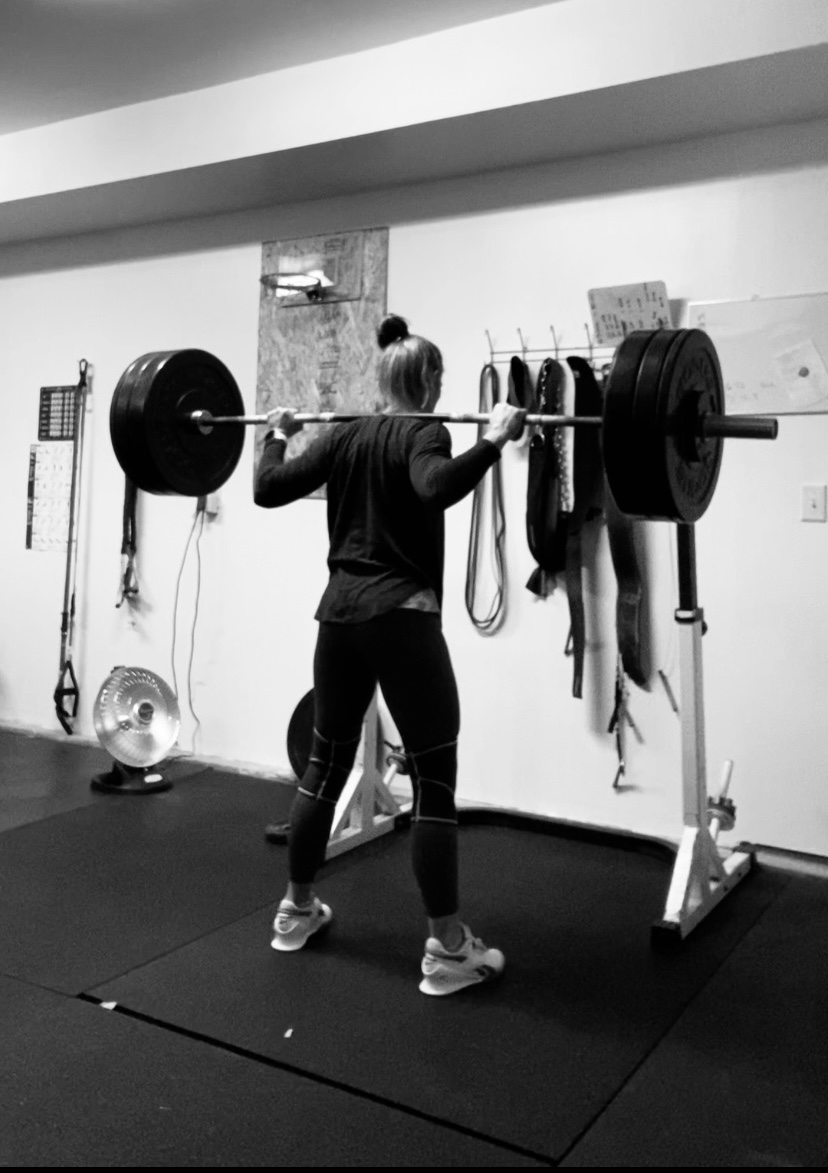 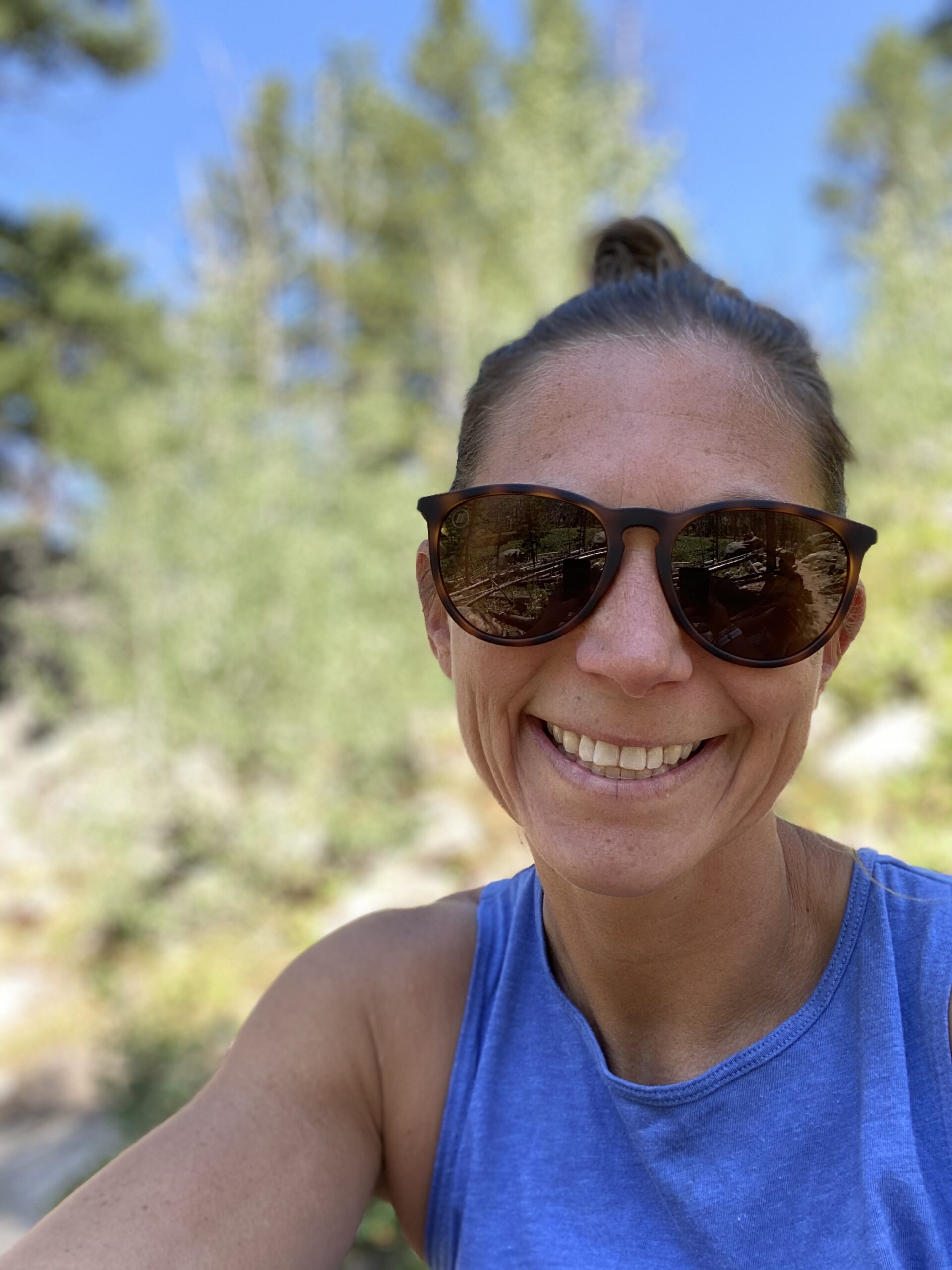 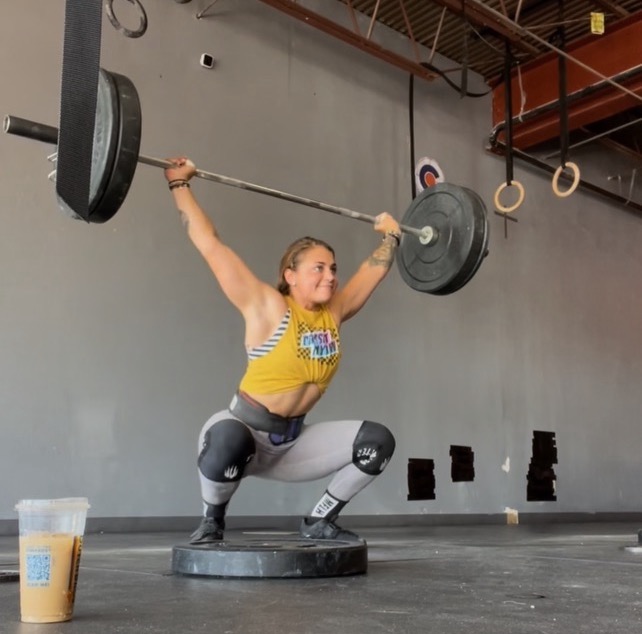 Originally from Long Island, New York , Coach Jess moved to Colorado in early 2022.  She loves the laid back lifestyle and all things outdoors with her baby dog ,Harper.

Jess has been a life-long athlete, playing primarily field hockey and ice hockey, so fitness has always been a very important aspect of her life. “Fitness is a passion for me,” Jess said. “I love to help others reach their goals within fitness, as well as in life itself.”

Jess has a BS in psychology and she works as a licensed CVT.  She found CrossFit in 2018 after getting bored with regular workouts  and no longer being part of a team. She fell in love immediately, especially all things barbell. Coach Jess concluded, “I am very grateful to have founds CrossFit NCS the community is simply unmatched.”